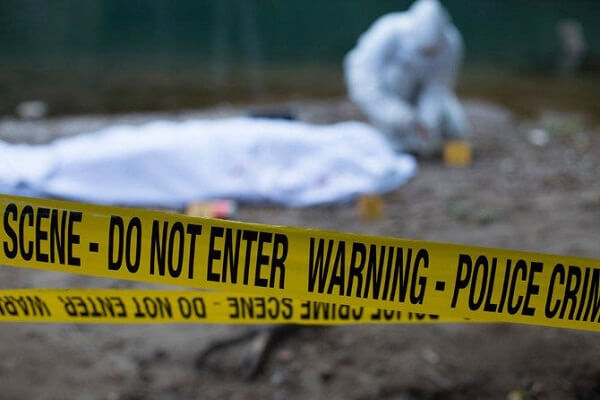 What Does It Mean When You Murder Someone In Dream? Dream Meaning of Murder may have an association with dreamer’s own belligerence, annoyance or strife with certain situation or people in his waking life. Why Did I have A Violent Dream? To see violent dreams like murder dreams often suggest or indicate your emotional state and hidden or suppressed behavior. Such dreams may also indicate your anxiety or fear of any forceful act or violence in your waking life.

What Does It Mean When You Dream About Witnessing Murders? When you see or witness murder in your dream then it is suggestive of your real waking time behavior. Are you angry over something but not expressing your anger because you feel that you will hurt the person who you are angry with your words or gestures? Sometimes our suppressed rage and fury takes vent through murder or violent dreams. Let’s explore in detail – What Does It Mean To Dream About Murders?

What Does It Mean When You See A Killer In Your Dream?

To see a murderer or killer in your dream may indicate an intention to end something. You need to analyze your waking life situations and emotions. Are you upset over something – someone’s nagging behavior, toxic or draining relationships, friendship or certain unpleasant aspect of your own personality? The murderer in your dream is your desperation or resentment or begrudge to not been able to express your umbrage or anger towards or simply get rid of such people or relationships.

What Does It Mean When You Murder Someone In Dream?

If you see yourself as a murderer in your dream then it may also indicate that you may soon lose your calm or temperament or may face an emotional outburst in your waking life. Maybe it’s been really long that you have been holding your grievances and it seems like there is no end to it other than this.

If you see yourself killing a stranger in your dream then it may also indicate you are trying to change or transform. Some aspect of your personality is coming in your way of happiness or calm and you want to change it rather end it bad and as soon as you could.

What Does It Mean When Someone Tries To Kill You In Your dream?

When you see you are murdered in your dream, then it may be associated with a recent fight situation of your waking life. If you recently had a brawl or tiff with someone or if you have just exited from a bitter relationship, then you might see such violent dreams. Sometimes such dreams are mere a reflection or representation of a recent fight scene or a movie scene.

Sometimes such dreams may also indicate that you are losing your real self or just feeling lost in your waking life. You are either being forced to stay quiet or you have chosen to surrender to certain unpleasant situations in your waking life. Seeing a murder or getting murdered in your dream is a sign that you need to compose yourself and defy, surrendering is never a solution.